A 45 year old woman was referred for superior visual loss in her right eye for the past month.  She noted a superior shadow, the size of which depended on her head position.  The shadow fluctuates but the overall size has not worsened over the past month.  Past medical history is significant for Lupus.  She is treated with oral prednisone when she has a flare up.  She is currently on 10mg per day.  Ocular history is significant for PSC cataracts due to chronic steroid use.  She had CE OU 6 months ago. 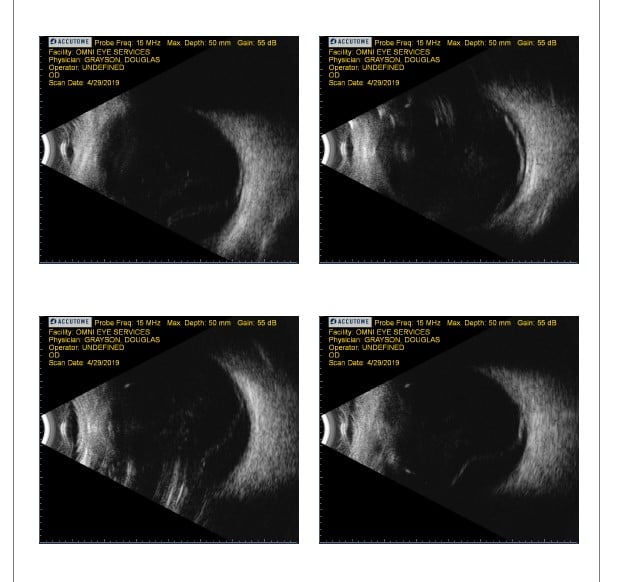 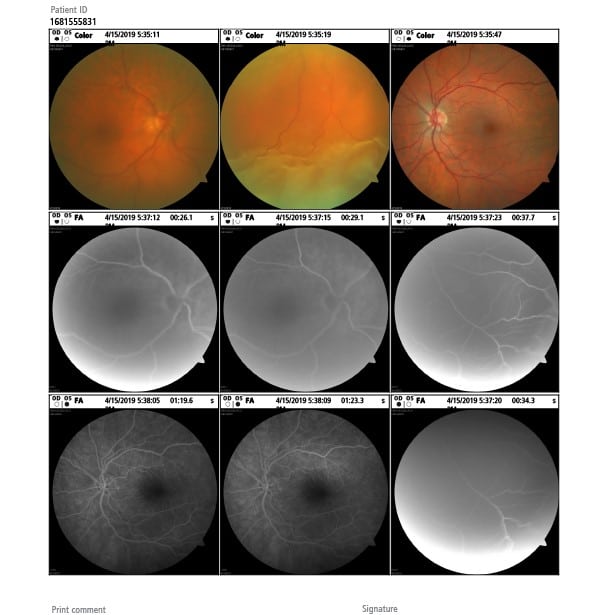 The Bscan shows vitreous haze OD with a shallow retinal detachment.  The color photo of OS is normal.  In OD there is inferior subretinal fluid to the macula.  The fluorescein shows no evidence of leakage anywhere in the retina.  Detailed examination with sclera depression showed shifting inferior subretinal fluid but no retinal break was noted.  The differential diagnosis includes rhegmatogenous retinal detachment with microscopic break vs an exudative retinal detachment.  Exudative detachments are extremely rare, but a patient on fluctuating doses of prednisone with an autoimmune disease is the type of patient who would get one.  We assumed given that there was no visible tear that the detachment was exudative and started her on high dose oral prednisone – 60 mg per day.  We followed her carefully for the next two weeks for signs of improvement but the subretinal fluid did not improve.  The decision was made that either the exudative detachment was not responding to prednisone, or there was a small tear that was missed.  We elected to perform a pars plana vitrectomy with retinal repair.  The surgery went well.  The patient had a vitrectomy, drainage of subretinal fluid via a nasal retinotomy, peripheral endolaser and gas injection.  After the gas dissolved, the vision was 20/20, and the retina was flat and stable.  Exudative detachments can recur.  She has been stable for over a year.  It is still unclear if the detachment was exudative or rhegmatogenous, but either way she is doing well: 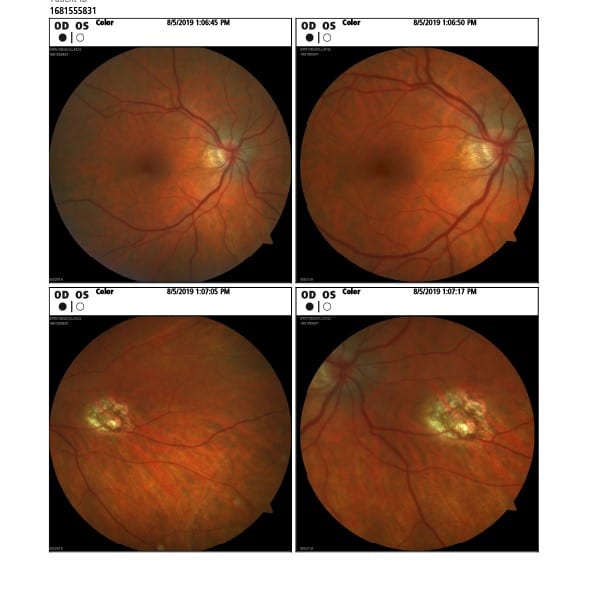