A 45 year old man awoke from a coma 1 month ago with vision loss OS.   He had a subarachnoid hemorrhage due to a ruptured right terminal internal carotid artery aneurysm.   The aneurysm was clipped and a coil applied, but he suffered permanent moderate brain damage.  He emerged from the coma with difficulty speaking but was able to communicate that his vision in his left eye was impaired.

On examination, VA was OD: 20/20 and OS: HM.  IOP’s were normal.  The anterior segments were quiet.  DFE of the right eye was normal – there were a few vitreal floaters.  In the left eye there was no view of the retina due to a dense vitreous hemorrhage.  Bscan showed the vitreous hemorrhage but no retinal detachment.  See below:

The patient was diagnosed with Terson’s syndrome.  In cases of subarachnoid hemorrhage, sometimes the blood tracks along the meninges and makes its way into the vitreous cavity, presumably along the optic nerve sheath.  It usually forms a sub-internal limiting hemorrhage, but if explosive enough, it can break through into the vitreous.   We performed a vitrectomy, removed the blood, and did prophylactic laser to protect the retina.  There was no visible retinal damage.  Post operatively the vision returned to 20/20 and no subsequent bleeding was noted: 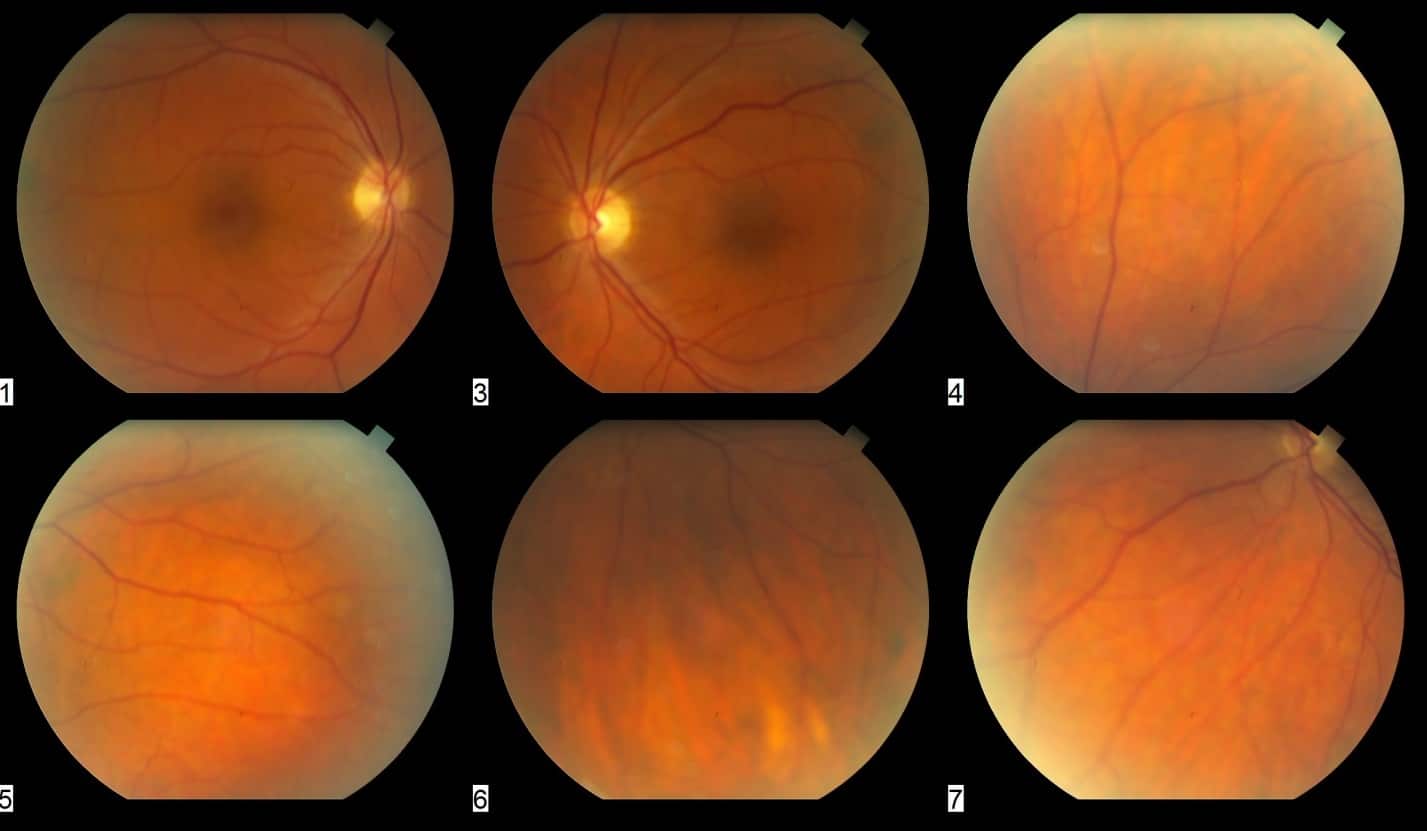