This month, we will present a follow-up to last month’s case.

To review, in August’s case of the month, we examined the case of a 32 year old woman who was referred for blurred vision in both eyes with a working diagnosis of central serous chorioretinopathy. On exam she was unable to read part of each line on the snellen chart in each eye. In medical history she had lost her menses for a year.  We performed a HVF 24-2 which revealed the following: 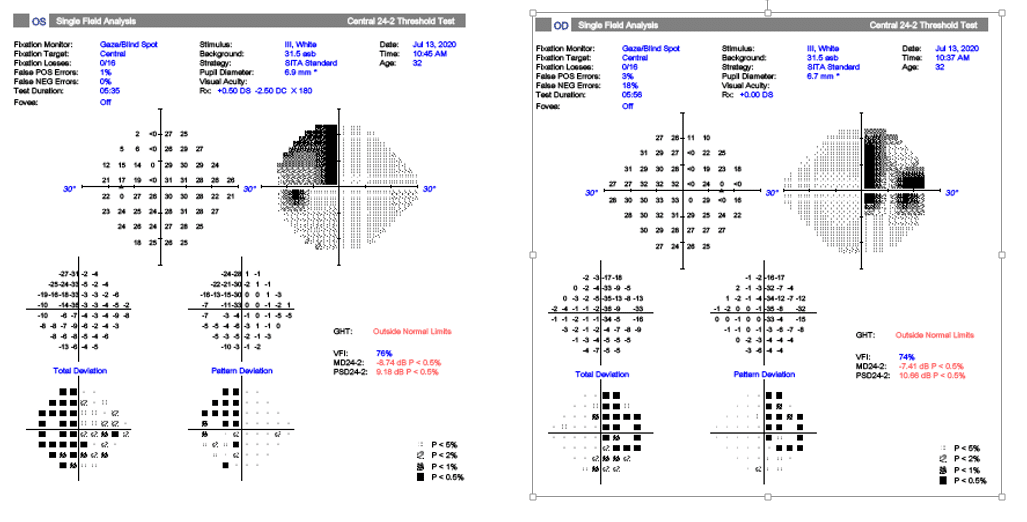 The field showed a stark bitemporal hemianopsia. We ordered neuroimaging which revealed a large pituitary adenoma compressing the optic chiasm.

The patient was referred to a neurosurgeon and underwent a transsphenoidal resection of the tumor the following day. The surgery was performed urgently as there was concern for permanent vision loss related to the long-term compression of the optic chiasm.

The patient returned for follow-up with us 2 weeks after the tumor resection. Her BCVA at the visit was 20/20 OU with IOP 15mm Hg OU. Anterior segment evaluation was within normal limits.

Color fundus photos show no evidence of optic nerve edema or pallor. The retina was flat 360 OU. Repeat HVF 24-2 at the visit showed the following: 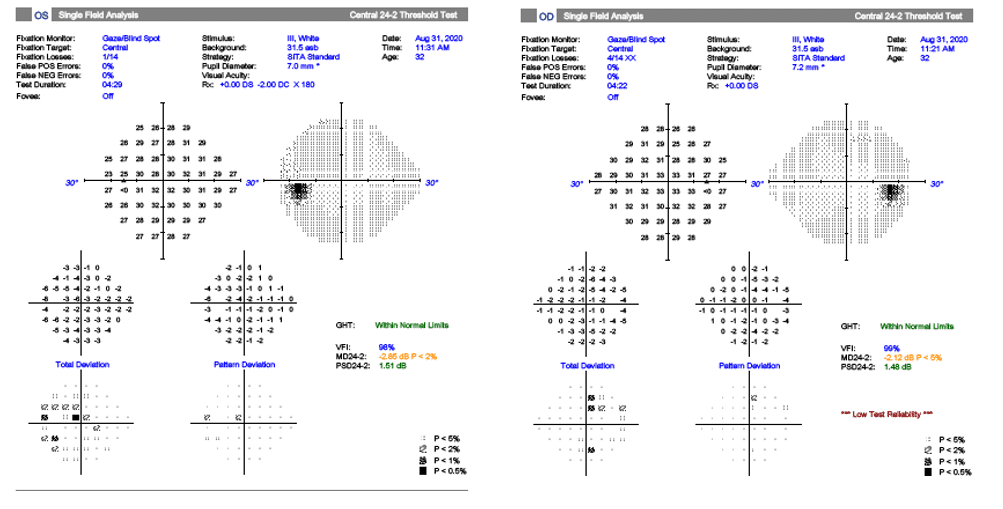 There is resolution of the hemianopsia on the HVF. The patient noted that her blind spot had improved since the surgery. The results of the field were shared with the neurosurgical team.

The patient was grateful to our team for picking up her HVF changes initially and heading her in the right direction. We will continue to monitor her along with the neurosurgeon.