A 16 year old girl was referred for optic neuropathy and double vision.  Past ocular history is unremarkable.  Medical history is significant for a recent hospitalization for viral meningitis.   She had high fever, headache, and neck stiffness prior to hospitalization.  She was treated with supportive measures and gradually improved.  She was discharged after two weeks.  During her illness she noted blurred vision in both eyes and horizontal diplopia that was only relieved when one eye was covered. 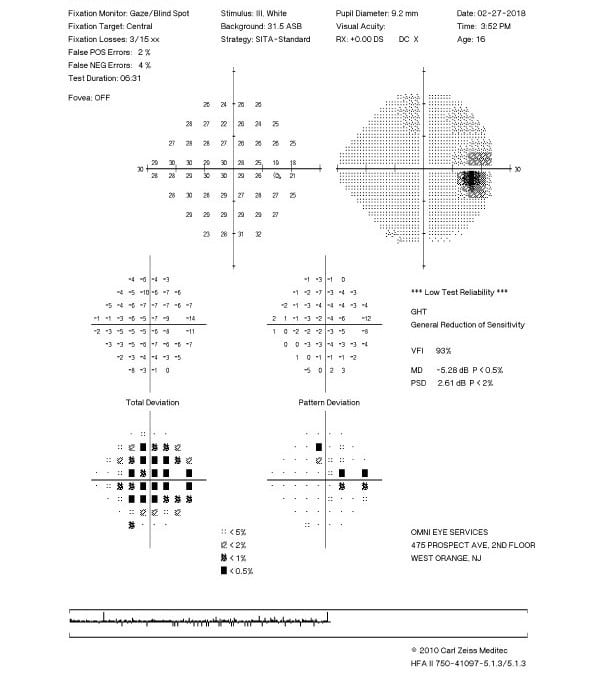 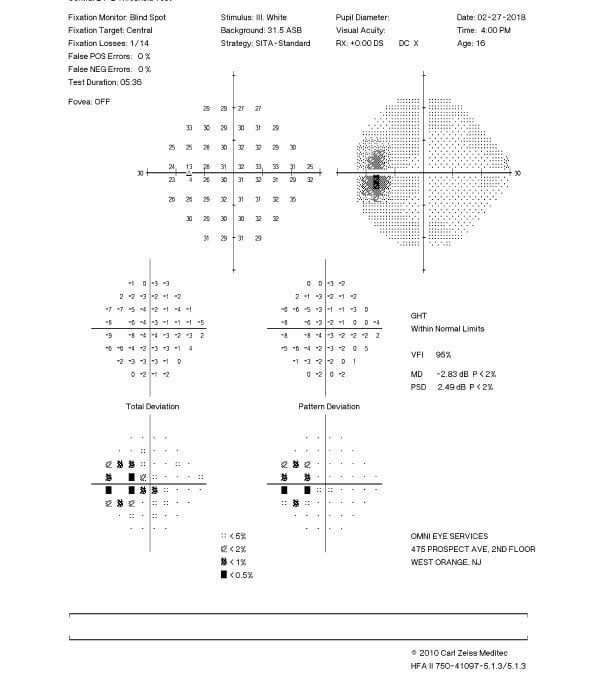 DFE showed a clear lens and vitreous OU.  The optic nerves were hyperemic and swollen.  There was no retinal disease noted: 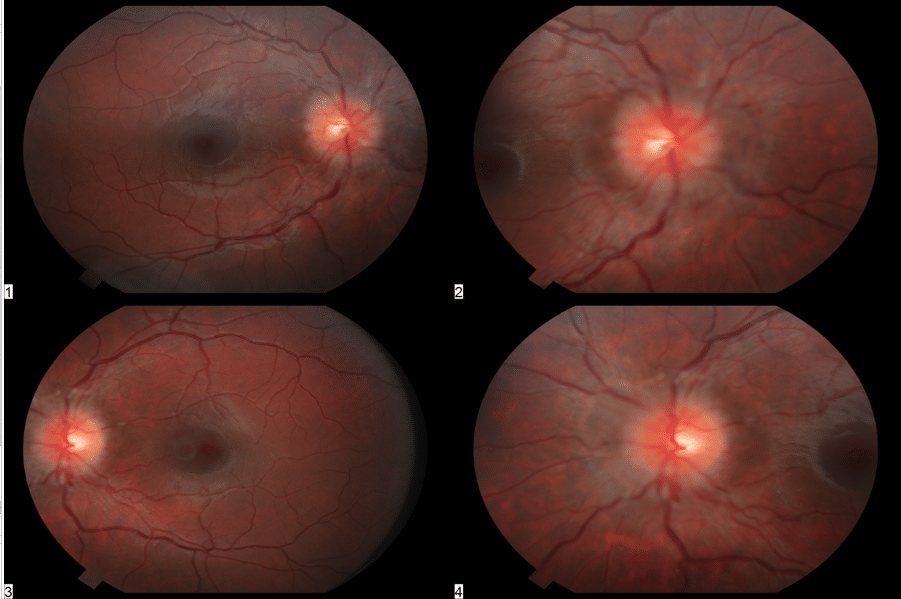 The swollen optic nerves and abduction deficits can be explained by her illness.  Patients with meningitis often develop a rapid rise in intracranial pressure.  This can cause swollen optic nerves.  Additionally, with high intracranial pressure, the sixth nerves can be compressed by a downward shift of the brain, and pressure on them as they pass under the petroclinoid ligament (Durello’s cave).  Our patient had mild bilateral sixth nerve palsies causing the binocular horizontal diplopia.  We advised careful observation.  Within 2 weeks the symptoms had resolved, vision returned to 20/20 OU and ocular rotations were full.  The patient was back to normal: 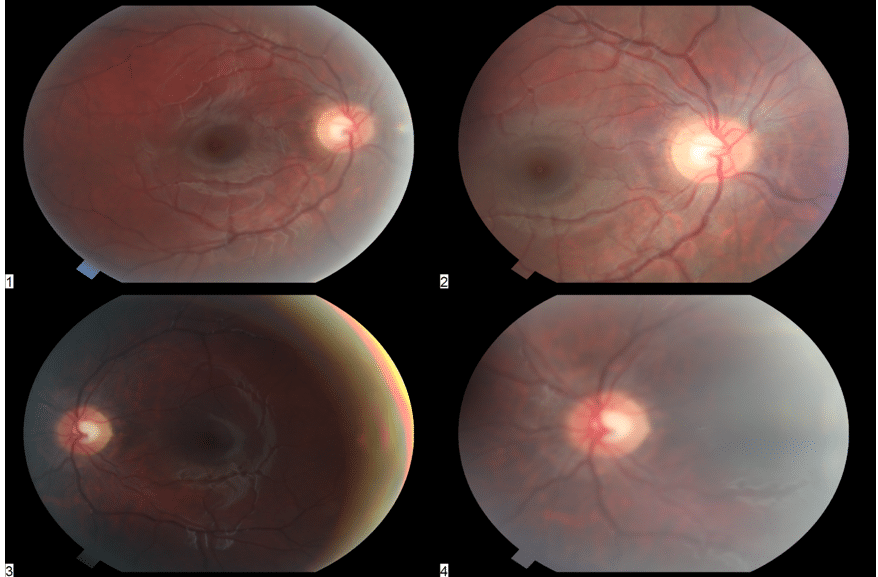