CC: 81 yo woman was referred for evaluation of the incidental finding of retinal hemorrhages in both eyes. No visual complaints. 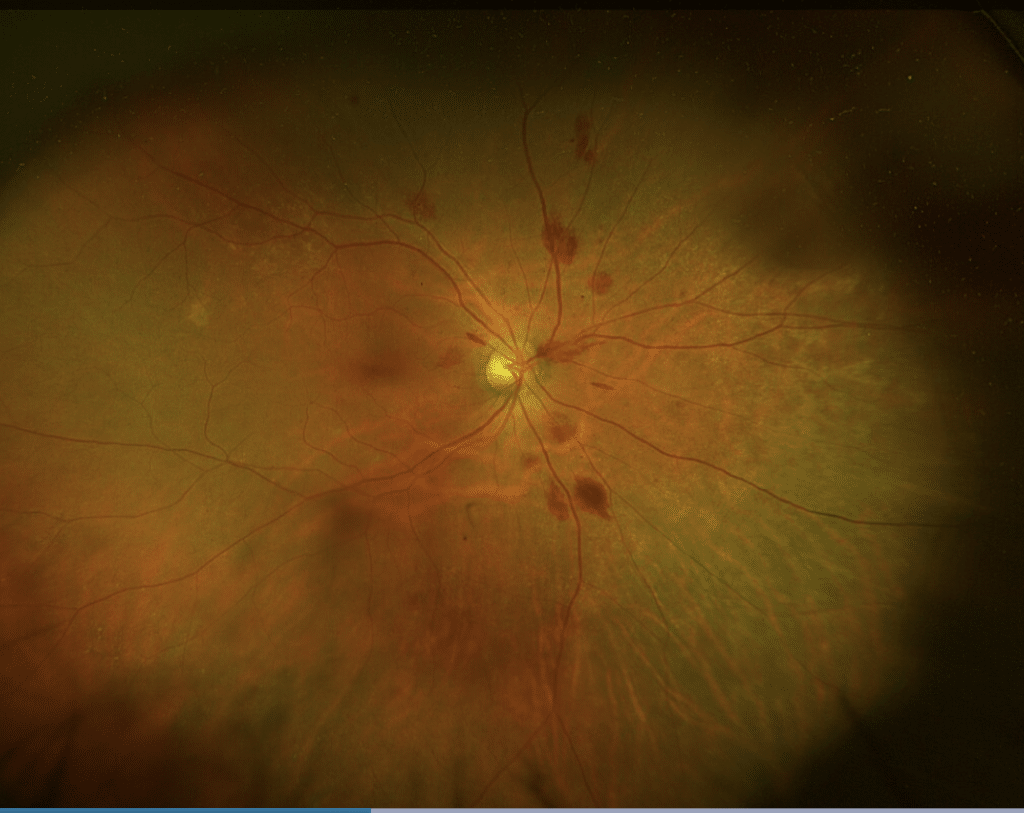 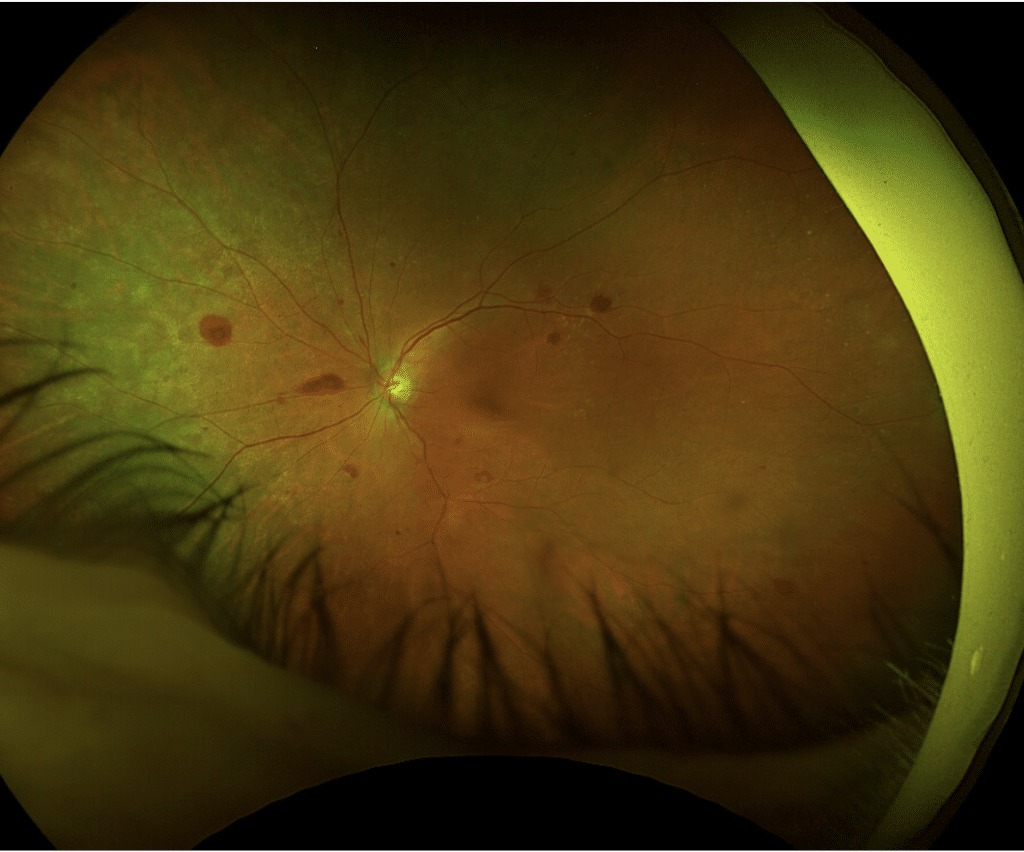 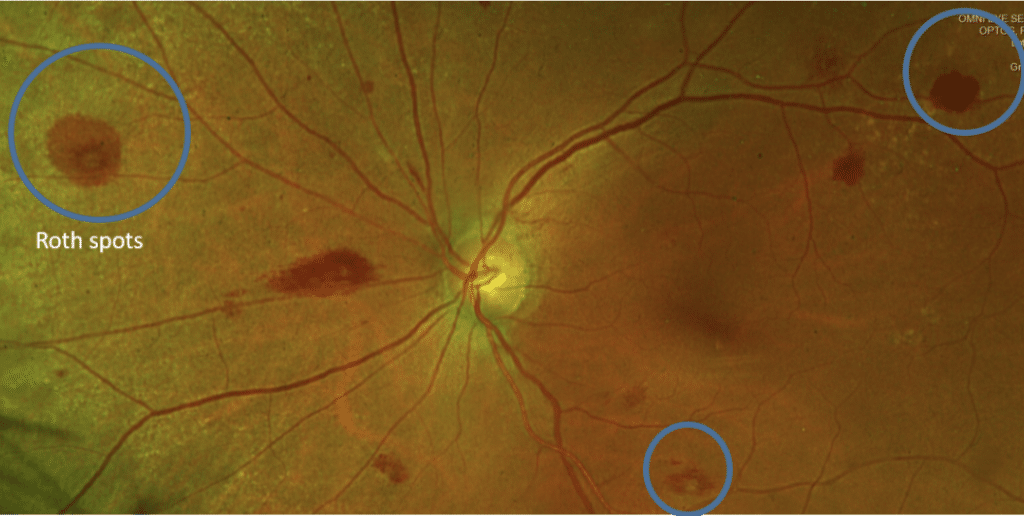 SD-OCT of the macula in each eye was unremarkable 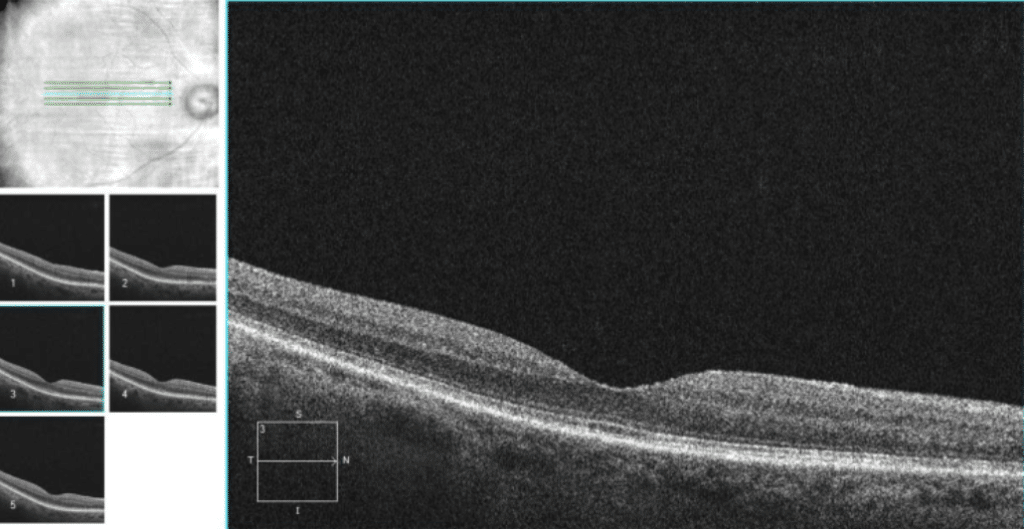 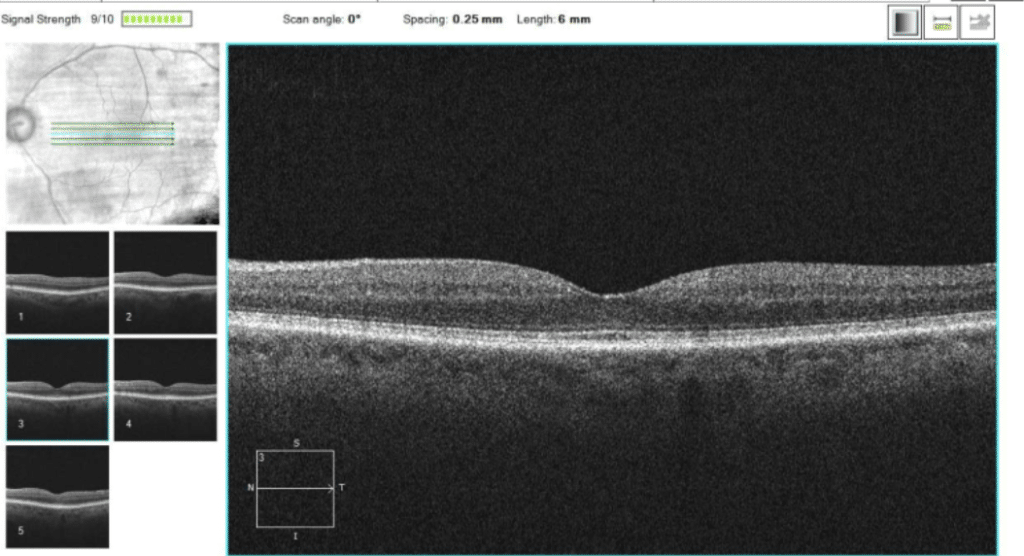 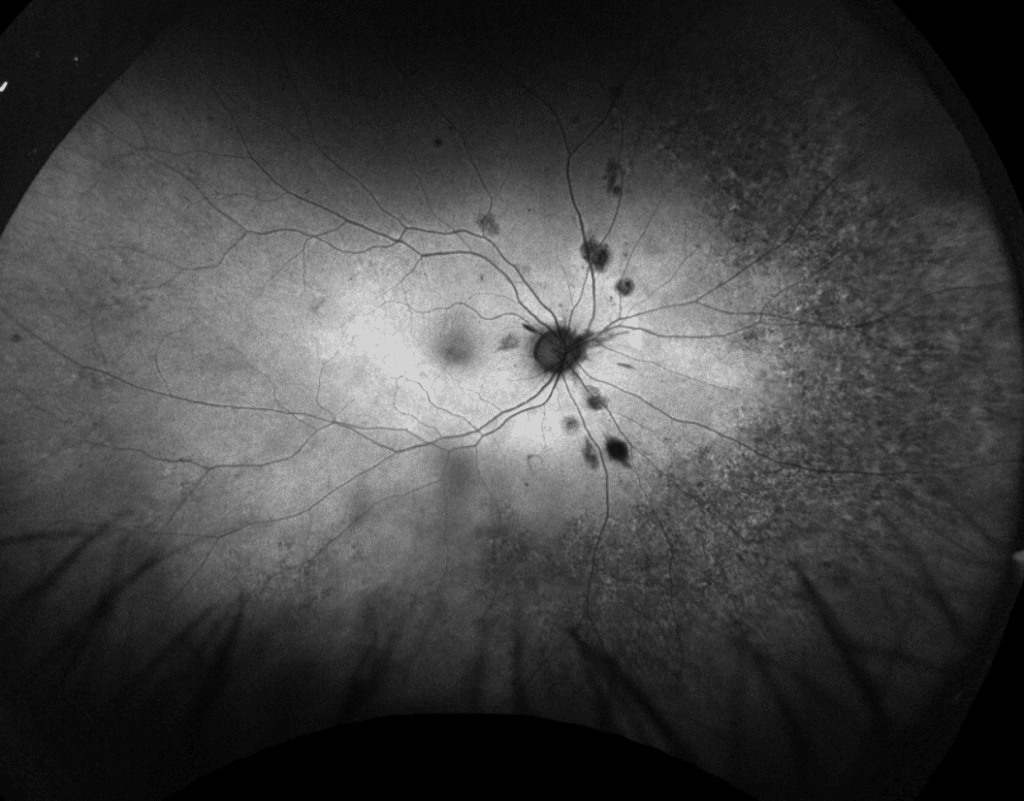 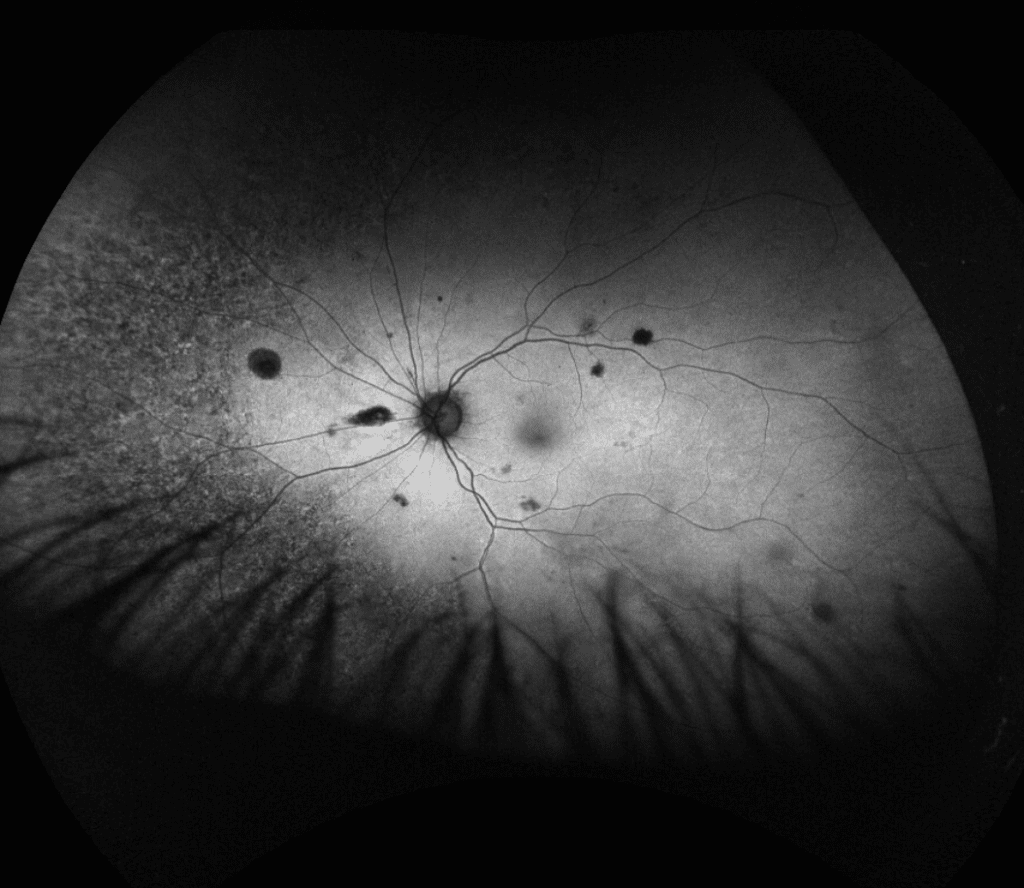 Fluorescein Angiography was performed showing blockage from the hemorrhages. There was no evidence of vascular occlusions in either eye. 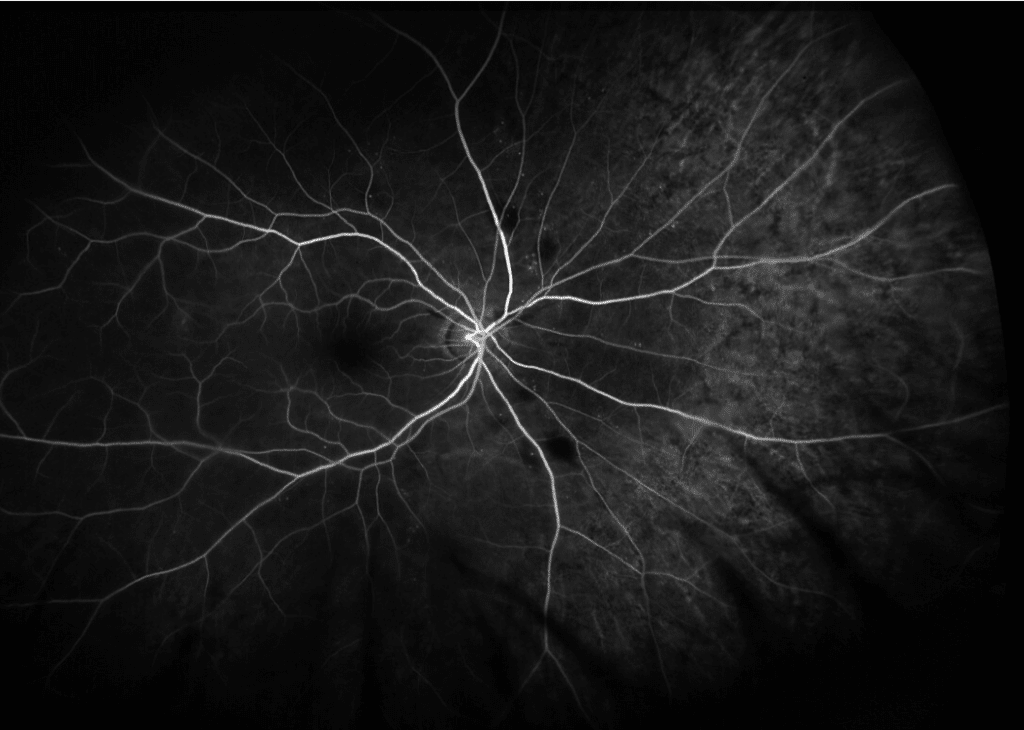 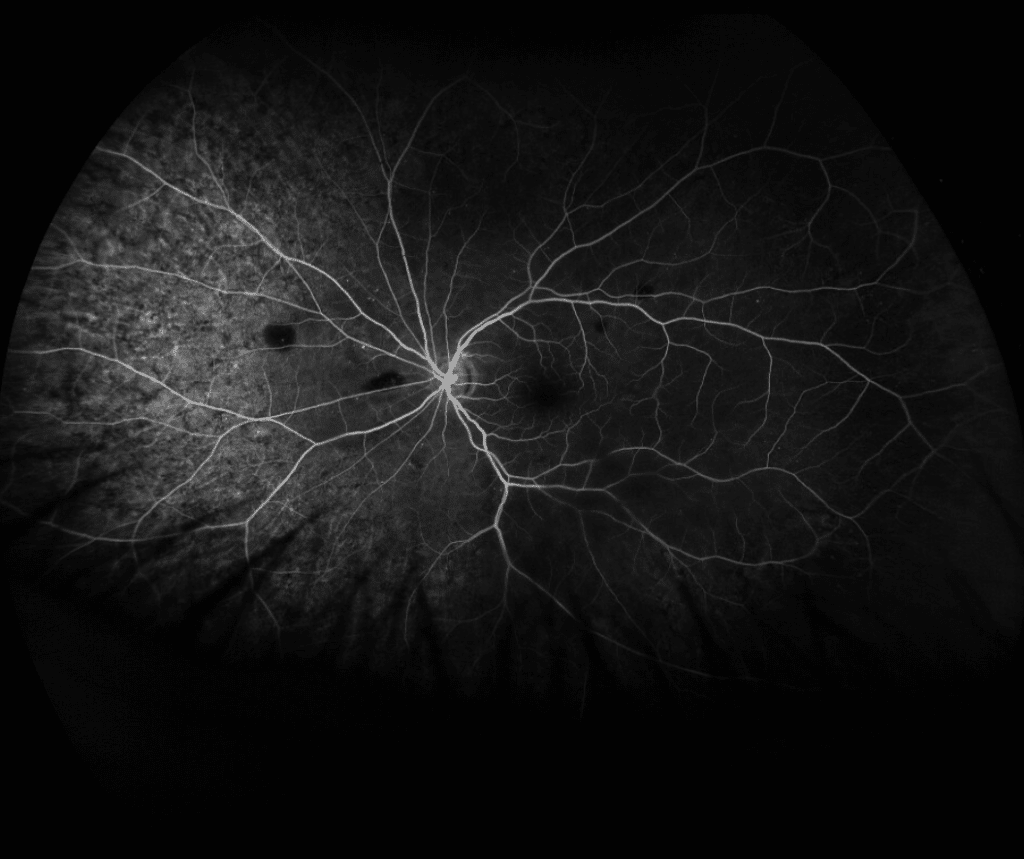 Roth Spots are a non-specific but unique retinal finding. They are characteristically deep, round or ovoid retinal hemorrhages with an area of central clearing. They are generally found in the posterior pole.  Roth Spots are typically asymptomatic but can be associated with a variety of systemic diseases. When Roth Spots are noted in the retina, a thorough discussion of the patient’s past medical history is critical and a workup if often warranted.

If the patient denies a significant medical history, a workup should be performed to evaluate for underlying systemic disease. The workup may include CBC, peripheral blood smears, complete metabolic panel, iron studies, HIV antibody testing and a transthoracic echocardiogram.

Further discussion with the patient and her daughter revealed that the patient had a diagnosis of myelodysplastic syndrome causing severe anemia and thrombocytopenia. The patient was being actively treated by hematology/oncology with chemotherapy, and was receiving transfusions of platelets and whole blood due to the severity of disease. In addition to causing Roth Spot formation, severe thrombocytopenia has also been known to predispose patients to spontaneous subconjunctival hemorrhages.