CC: 31 year-old man was referred to us urgently for acute loss of vision in the right eye. He reports that the previous night, he had been at a pub drinking with some friends. He doesn’t recall all of the details of the evening. He denied trauma to the eye. He reports when he woke up the next morning, he had lost the vision in his right eye.

Past ocular history: no surgical history, no history of glaucoma.

Widefield color fundus photo of the right eye showed a large, circumscribed,  pre-retinal hemorrhage in the macula 4DD in size. 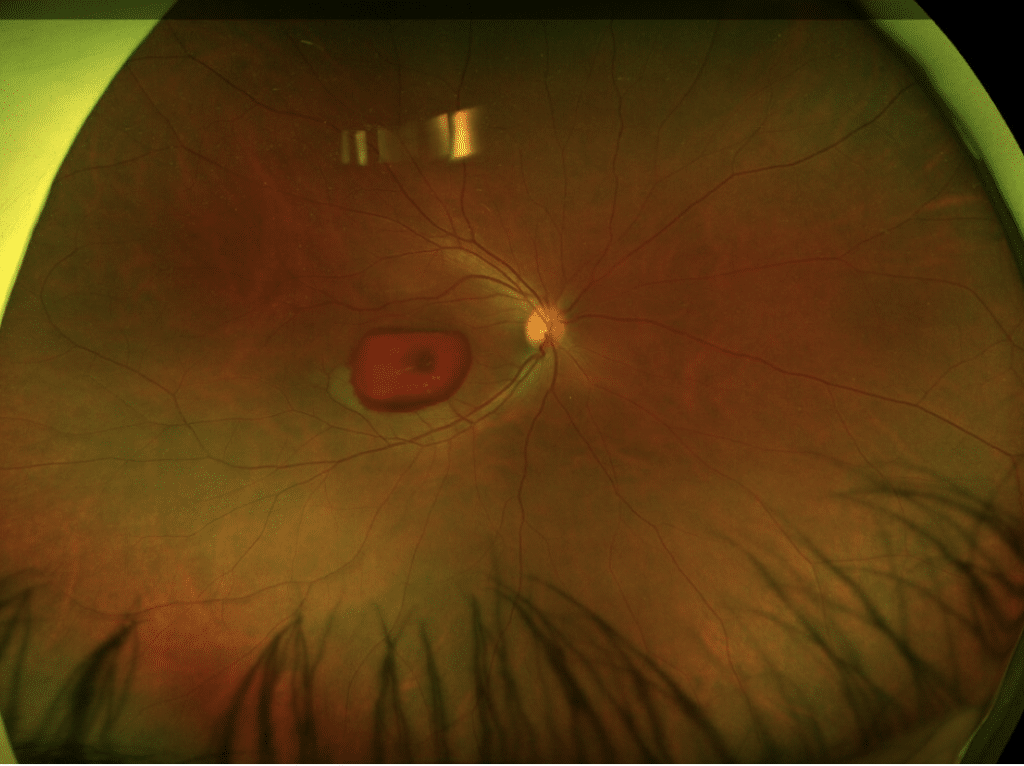 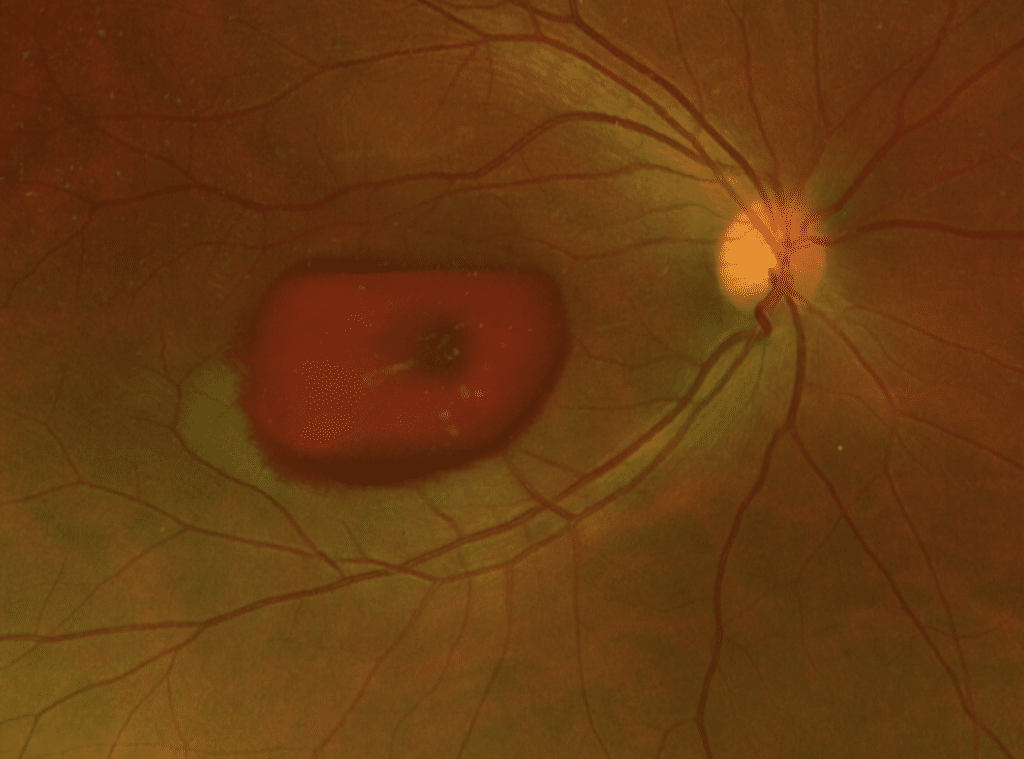 Widefield photo of the left eye was unremarkable. 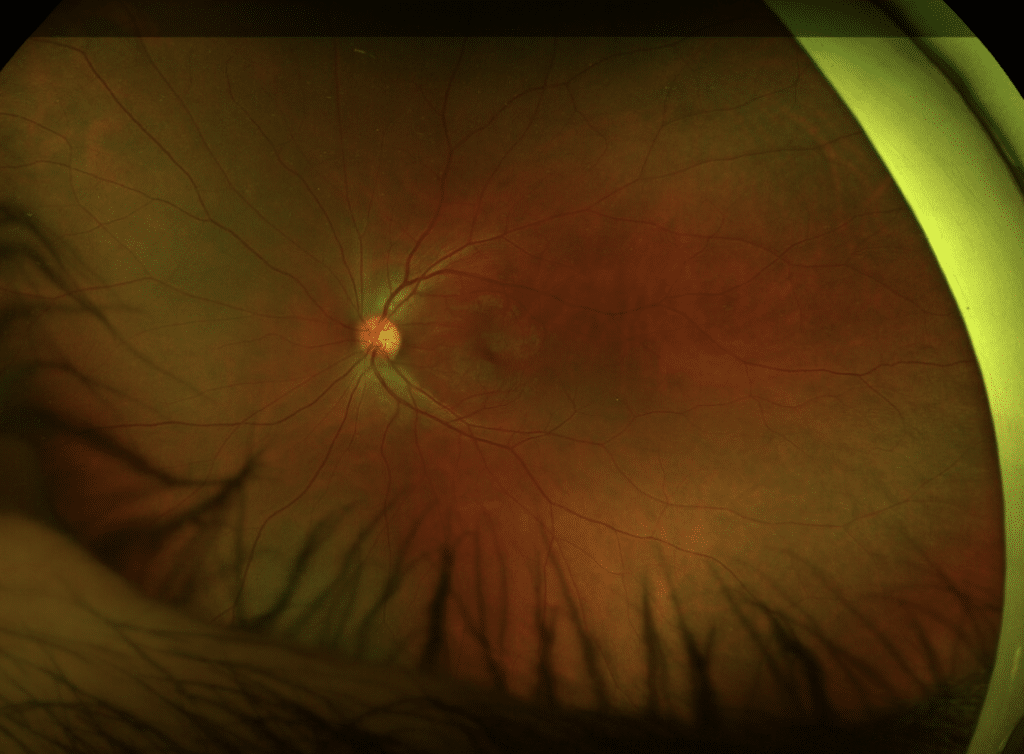 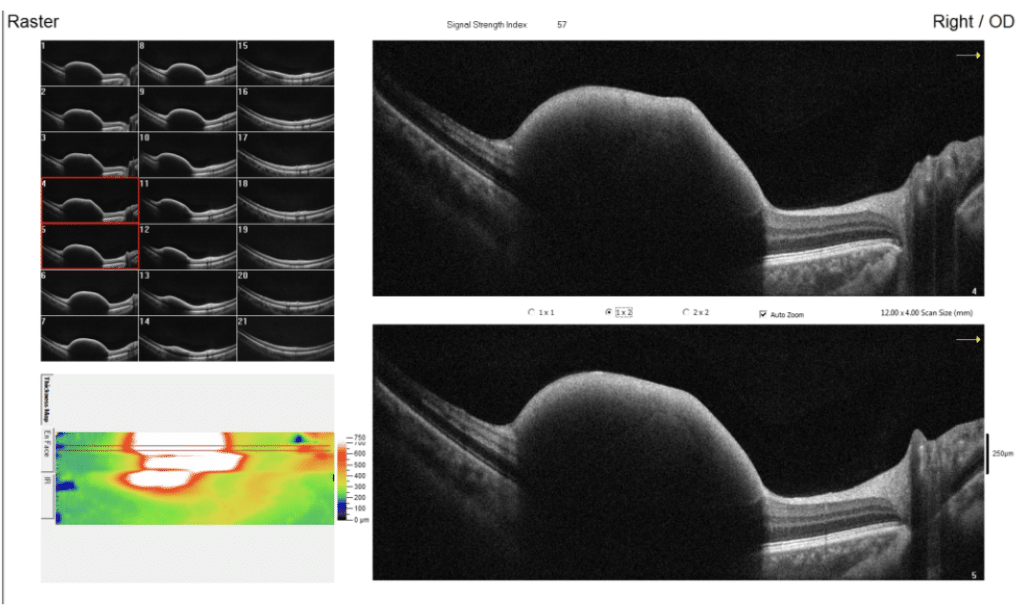 OCT of the left macula was unremarkable. 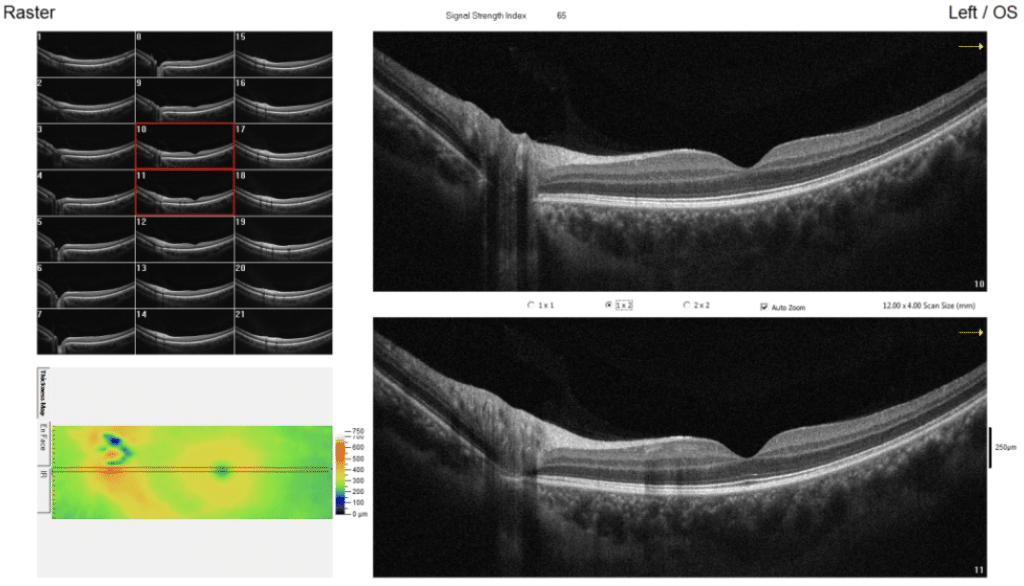 Widefield FA of the right eye shows blockage due to the hemorrhage. There is no evidence of leakage. 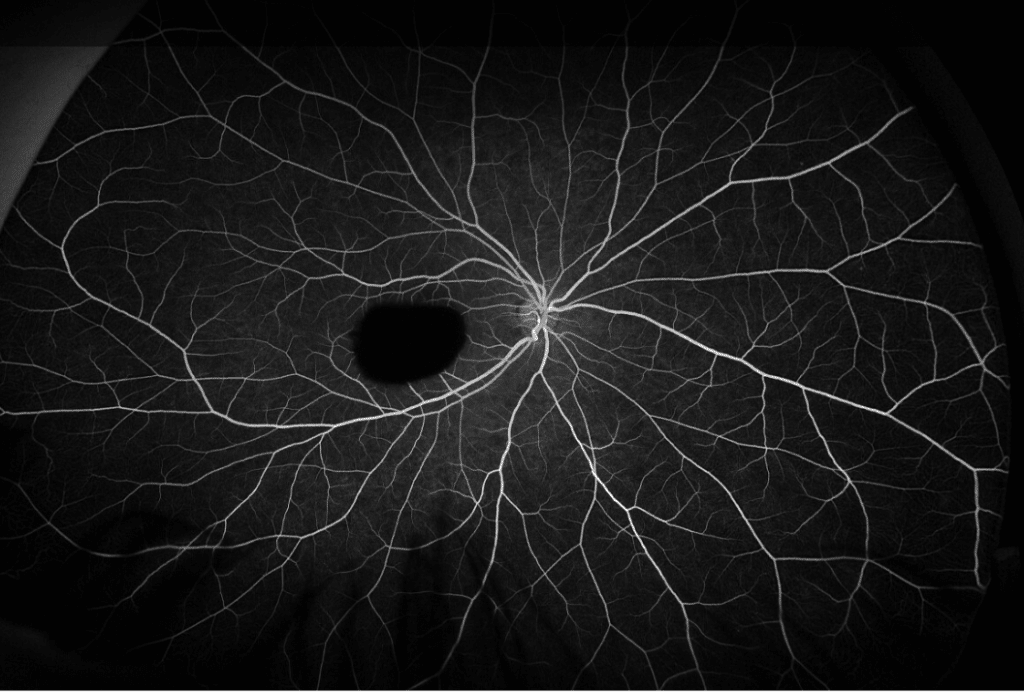 31 yo man with acute pre-retinal, sub-ILM hemorrhage with CF vision OD. The examination is consistent with valsalva retinopathy.

First described by Duane in 1972, valsalva retinopathy is characterized by an acute pre-retinal hemorrhage that is caused by sudden increase in intrathoracic or intra abdominal pressure that causes the superficial retinal vessels to rupture. As in our case, the patient may or may not report a recent event such as vomiting, sneezing, coughing or valsalva maneuver.

Valsalva retinopathy may appear alarming. However, it generally will resolve over time with conservative management with a good visual prognosis. It rarely requires intervention. If the hemorrhage continues to increase over time, NdYAG laser can be considered to rupture the posterior hyaloid and ILM thereby releasing the hemorrhage into the vitreous. In extreme cases, a vitrectomy with PVD induction and ILM peeling may be needed.

In this case, we elected to observe the patient and planned to follow him closely.

2 weeks later, the patient returned. Vision in the right eye improved from CF to 20/400.

Color photo of the right eye shows a reduction in the size of the hemorrhage. 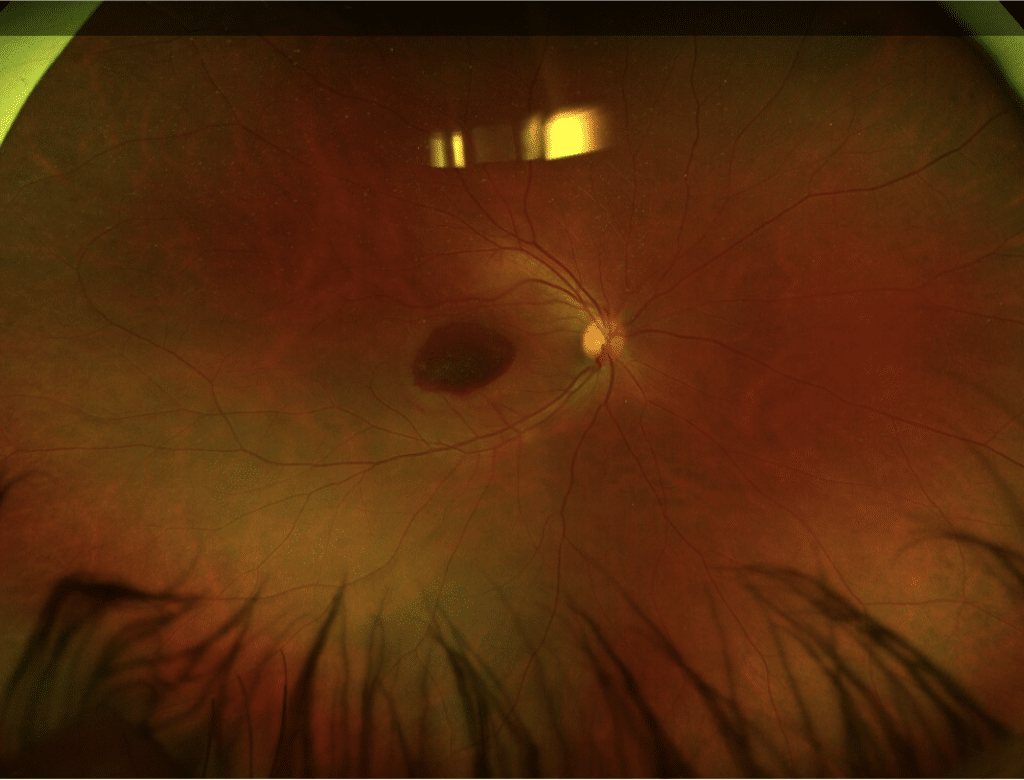 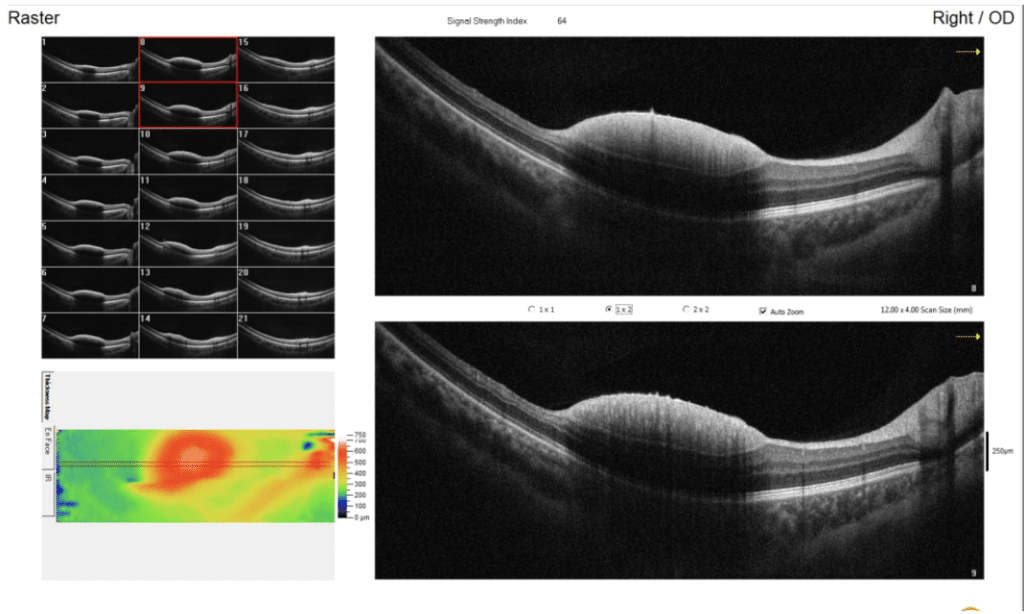 The color photo here shows the hemorrhage to be turning yellow (dehemoglobinized). 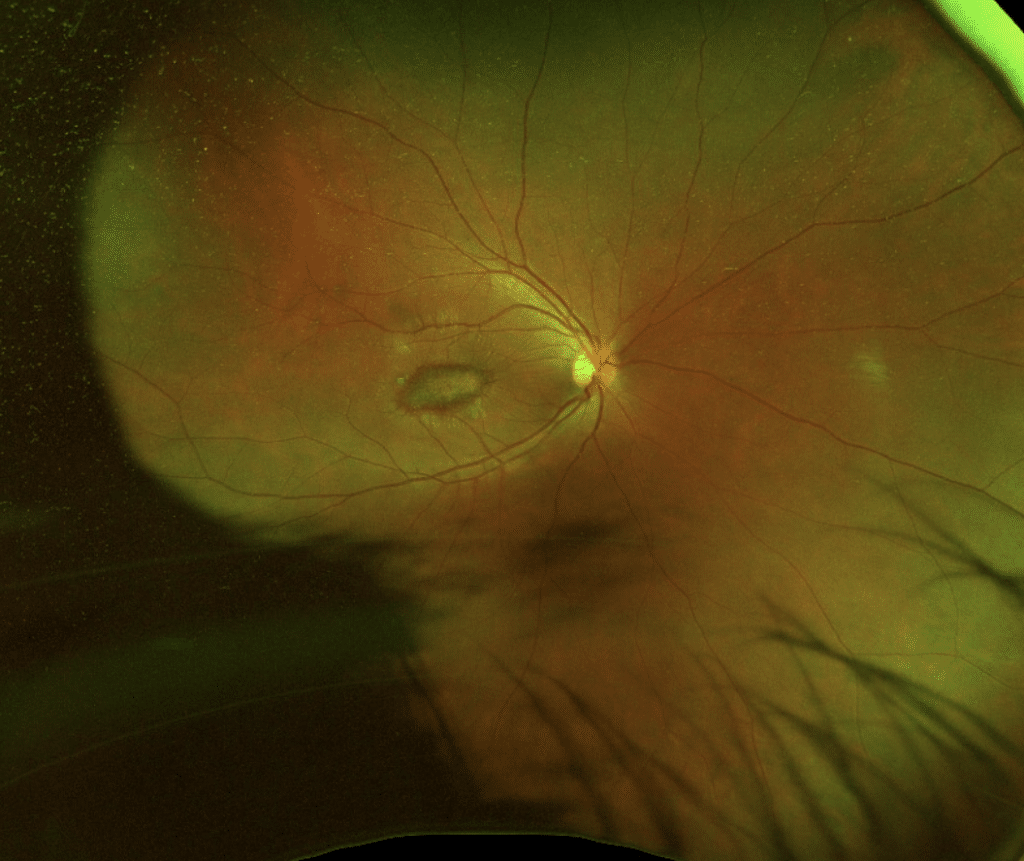 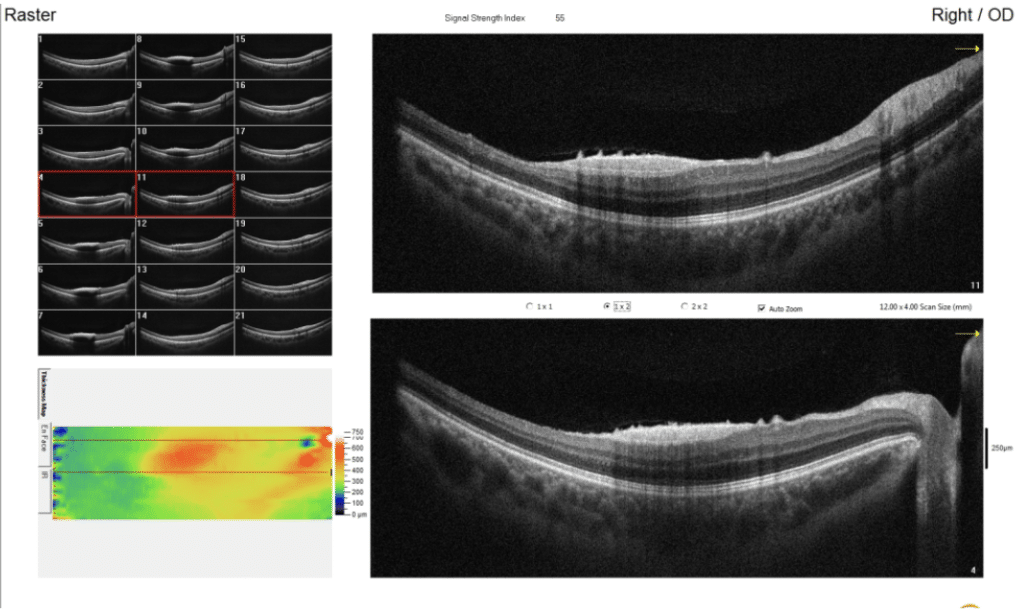 2 weeks later, the vision had improved to  20/30 with near complete resolution of the hemorrhage. 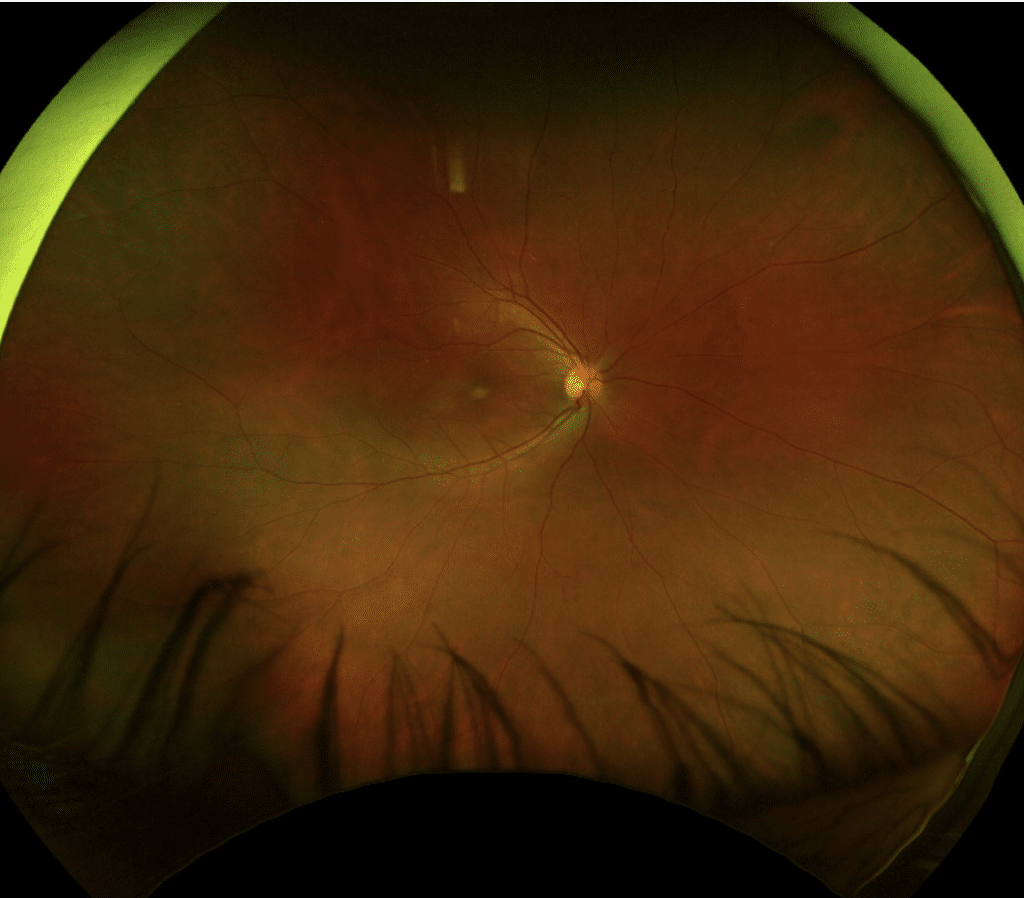 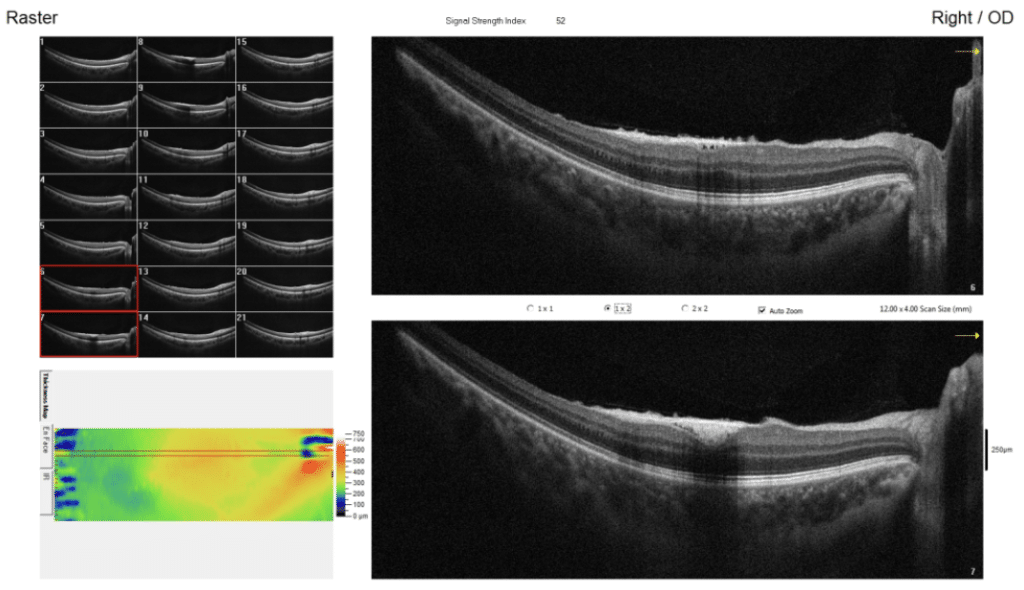